The Turpinators are the Regional Champs! 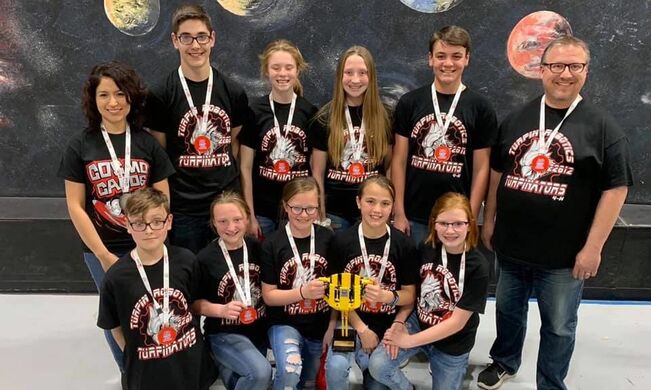 April 16-21, the Turpinators will be in Houston for the FIRST Championship. There are two Festivals, one in Houston for the southern teams in North America and half of the worldwide teams. The other festival is in Detroit for the northern North American teams and the other half of the worldwide teams. We will be presenting just like at the Regional.

There are three different presentations: Then the team will have a day on the practice tables to prepare for a day of competition on the game table both with and against the best lego robots and best programming that the world has to offer. We are very excited and humbled to be included in this group, and we relish the opportunity to attend again after our last trip to the FIRST Championship in St Louis in 2017.